Where to go in October with Relais & Châteaux ? 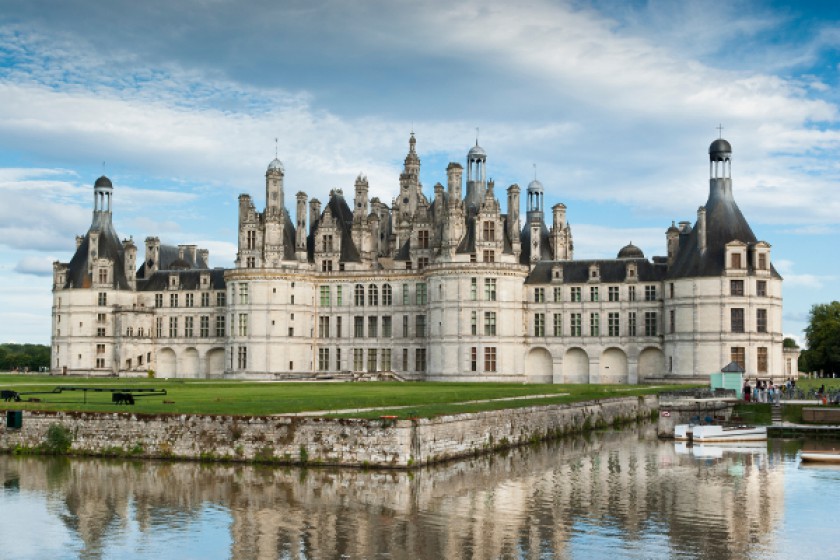 04 Oct Where to go in October with Relais & Châteaux ?

In October, when summer begins in Argentina and the Pacific sun brightens Fiji, California sparkles under a gentle sunlight and reveals its finest treasures to well-informed travelers. In Europe, the array of settings charmingly varies. From Germany to France, fall begins to turn the tree leaves red from the valleys of the Black Forest to the parks of Châteaux de la Loire. Further south, along the Mediterranean, Lebanon offers glorious temperatures for a cultural break. October with Relais & Châteaux promises a trip in search of the world’s different cultures.

What’s the weather like in Argentina in October? An ideal time to visit the different regions of Argentina, October sees summer begin to gradually appear. Temperatures are around 68°F or even higher depending on the region. At the far south of the country you will find a slightly cooler climate.

What to do in Argentina? Magical Buenos Aires, continuously fluctuating between modernity and tradition, is home to neighborhoods where the air continues to be filled with the sound of Carlos Gardel’s tangos. Between San Telmo and the barrio of La Boca, various houses display beautifully colored facades. Often nicknamed the Little Paris of South America, Buenos Aires offers both stunning examples of unique hotels and Haussmann-inspired buildings, true signs of the 19th century French and European influence on this cosmopolitan city. A few miles from here, located in the Pampas or “Gaucho Country,” you will be treated to the traditional Argentinian asado barbecue, a true local institution which is accompanied by an equally essential drink of mate. Further west into the Andes, nature has an amazing spectacle in store for you. Along the roads which crisscross the majestic mountains, the feeling of being completely alone in the world takes over you. Trekking up the Aconcagua mountain slopes in search of isolated villages and their local inhabitants will leave you with a spellbinding memory of such beauty.

What to do in California? Nicknamed the Golden State, California is a promised land where anything seems possible. From the great inventions of Silicon Valley to the paradise of cinema, Hollywood, or from Yosemite National Park to Death Valley through San Francisco and the vineyards of Napa Valley, California never ceases to amaze as a land of contrasts, a mischievous beauty, audacious and sometimes provocative. Away from the considerable size and modernity of Los Angeles, San Francisco manages to resist with its cable cars and colored houses which line the sloped streets. California is also the heartland of a creative cuisine which includes at least seven restaurants with three Michelin stars in San Francisco, Sonoma and Napa Valley.

What’s the weather like in Fiji in October? 84°F in the water, 81°F in the air, with maximum sunshine, the islands of Fiji are an ideal place to enjoy the tropical sun of the South Pacific.

What to do in Fiji? It’s no myth that this paradise at the ends of the earth really is a dream getaway with its archipelago of almost 400 islands. Lush vegetation, white sand, turquoise waters which are home to multicolored fish, palm tree covered beaches and radiant sun, everything here contributes to making your trip truly unforgettable. Back on land, you can discover the culture of Fiji with its immense wealth of age-long traditions firmly rooted in society. An array of dances, music and rituals contribute to the magic of your visit to this idyllic archipelago.

What’s the weather like in Lebanon in October? With October temperatures between 70 and 82°F, you are sure to enjoy yourself. With almost 28 days of sunshine during this period and a very mild climate, it’s the ideal season to visit the country!

What to do in Lebanon? Lebanon is bordered on its Western coast by the Mediterranean and provides varied landscapes from coastal plains to high mountain ranges. The land of the Cedars is home to countless hidden treasures such as the ancient Phoenician cities of Byblos and Tyre or the sublime Roman city of Baalbek, located 56 miles to the north of Beirut. The capital conserves the charm and warmth of Near Eastern towns, where the scent of jasmine fills the narrow streets and street vendors with carts filled with mint leaves leave an exquisite fragrance in their trail.

What’s the weather like in the Val de Loire region in October? Temperatures reduce slowly as fall begins to leave a firework display of colors. The air temperature varies between 50 and 59°F.

What to do in the region? The Val de Loire, once favored greatly by French kings, is home to some of the rarest gems of French architecture. The reputation of the châteaux of Amboise, Blois, Chambord, Chenonceau, Cheverny and Azay-le-Rideau has spread far beyond France’s borders. Spectacular, majestic and imbued with a grace and refinement which is asserted through a variety of fireplace sculptures, medallions, pilasters and artistic gardens, the castles are the major attraction of the region. But above all, the region’s ever-present nature enhances these architectural delights, where rivers, waterways, lakes, flora and fauna have given it its reputation as the Garden of France. Finally, the region which was greatly depicted by Rabelais, revels in its refined and delicious cuisine where the delicious Sainte-Maure-de-Touraine goat’s cheese is best enjoyed with a stunningly fresh white wine, such as a Chenin or Sauvignon from the region.

> Discover our Relais & Châteaux properties in the Loire Valley

What’s the weather like in Germany in October? Temperature can vary considerably between the banks of the Baltic sea and Munich. With an average temperature of 50°F, it’s an ideal time to visit the unmissable sites of the country.

What to do in Germany? ? This forward-looking nation offers a variety of different facets depending on the place. Berlin fascinates with its cultural energy and easygoing lifestyle. The avant-garde architecture is integrated into a backdrop of pervasive gardens in the heart of the city. In the Bavarian capital Munich, the emblematic beer festival Oktoberfest is celebrated until 9 October, which sees almost 6 million visitors line the streets of the city. Germany is awash with spectacular landscapes, forests, valleys and lakes, shielded from the delicate veil of the morning haze in fall, offering wonderful moments for contemplation.