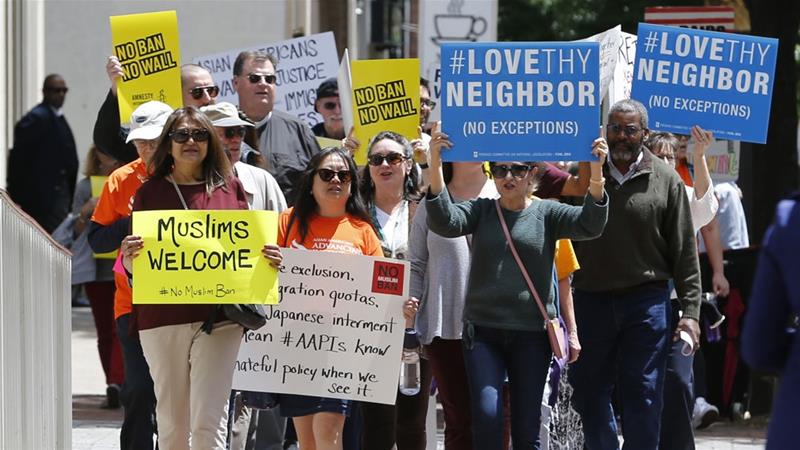 In a 5-4 decision on Tuesday, the high court found that Trump’s action was “squarely within the scope of presidential authority” under US immigration law and rejected a challenge that it discriminated against Muslims or exceeded his authority.

The current ban, announced in September and widely criticised by human rights and refugee advocacy groups, prohibits entry into the US by most people from Iran , Libya, Somalia, Syria and Yemen.

It also affects two non-Muslim majority countries, blocking travelers from North Korea and some Venezuelan government officials and their families.

A sixth majority Muslim country, Chad, was removed from the list in April after improving “its identity-management and information sharing practices,” Trump said in a proclamation.

He rejected the challengers’ claim of anti-Muslim bias, but was careful not to endorse either Trump’s provocative statements about immigration in general and Muslims in particular.

“We express no view on the soundness of the policy,” Roberts wrote.

Following the Supreme Court’s announcement, Trump hailed the decision as “a moment of profound vindication” following “months of hysterical commentary from the media and Democratic politicians who refuse to do what it takes to secure our border and our country”.