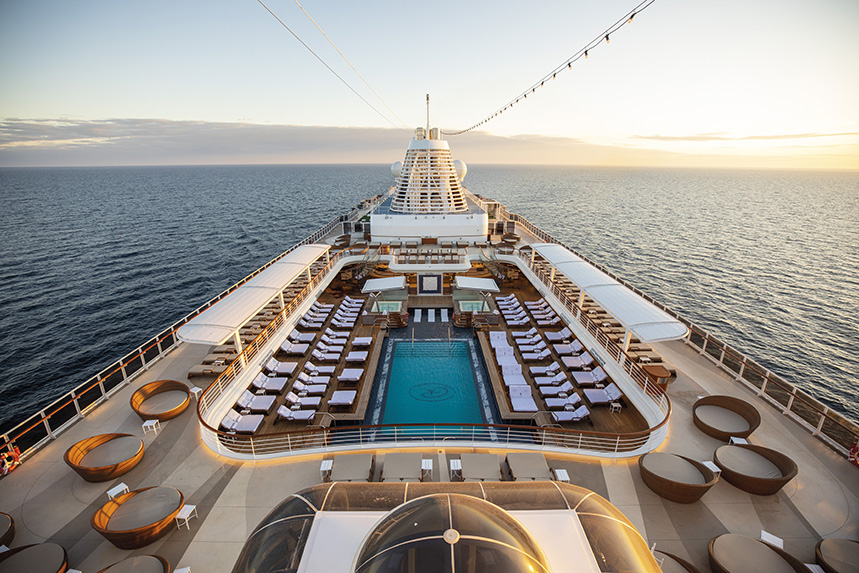 Regent Seven Seas Cruises has confirmed the name of its new ship as Seven Seas Grandeur.

Embodying a 30-year legacy of perfecting luxury travel, the sixth member of the Regent fleet is scheduled for delivery in the fourth quarter of 2023.

“The culmination of a 30-year heritage of perfection, Seven Seas Grandeur is the latest evolution in luxury cruising.

“Her refined style, matchless elegance and breath-taking beauty will exceed all expectations of our discerning guests,” said Montague.

“We are immensely proud that by the end of 2023 we will have welcomed a sixth member to the world’s most luxurious fleet. It’s a testament to the expanding demand for luxury cruising that the Regent brand is driving thanks to our perfectly sized ships offering unrivalled space at sea.”

Seven Seas Grandeur will host only 750 guests and have a gross tonnage of 55,254, providing among the highest space ratios and staff to guest ratios in the industry. She is a sister ship to Seven Seas Explorer, the most luxurious ship ever built and Seven Seas Splendor, the ship that perfects luxury.