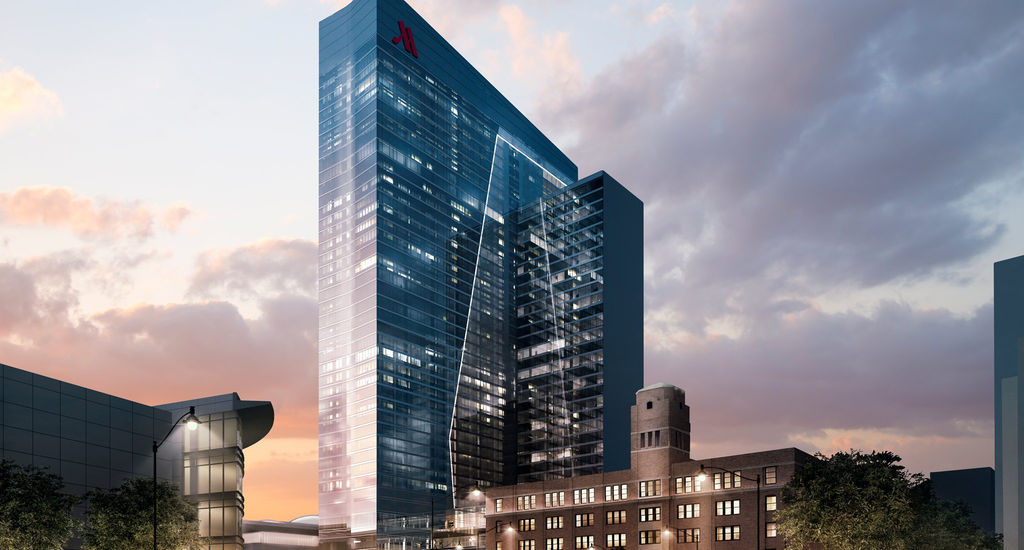 The Marriott Marquis Chicago has opened adjacent to the McCormick Place convention center and the new 10,000-seat Wintrust Arena.

With 1,204 guestrooms, the hotel is Chicago’s largest to open this year. The modern glass exterior is presented as a contrast to the 105-year-old American Book Co. next door.  The hotel’s public spaces feature Chicago artists’ work inspired by city sights. Artwork includes a video-enabled QR code, so guests can conduct their own tour of the pieces using their smartphones. The hotel’s design team collaborated with Chicago-based AudioTree to produce a video available on the guestroom TVs, featuring details about the inspiration of each art piece through interviews.

Guestrooms feature a grey-and-white color scheme to complement the city views outside. The property has 93,000 square feet of meeting space, including two 25,000-square-foot ballrooms and 29 meeting rooms of various sizes.

The hotel’s 33rd floor later this year will debut a 4,000-square-foot events space with 180-degree views of the city and Lake Michigan.