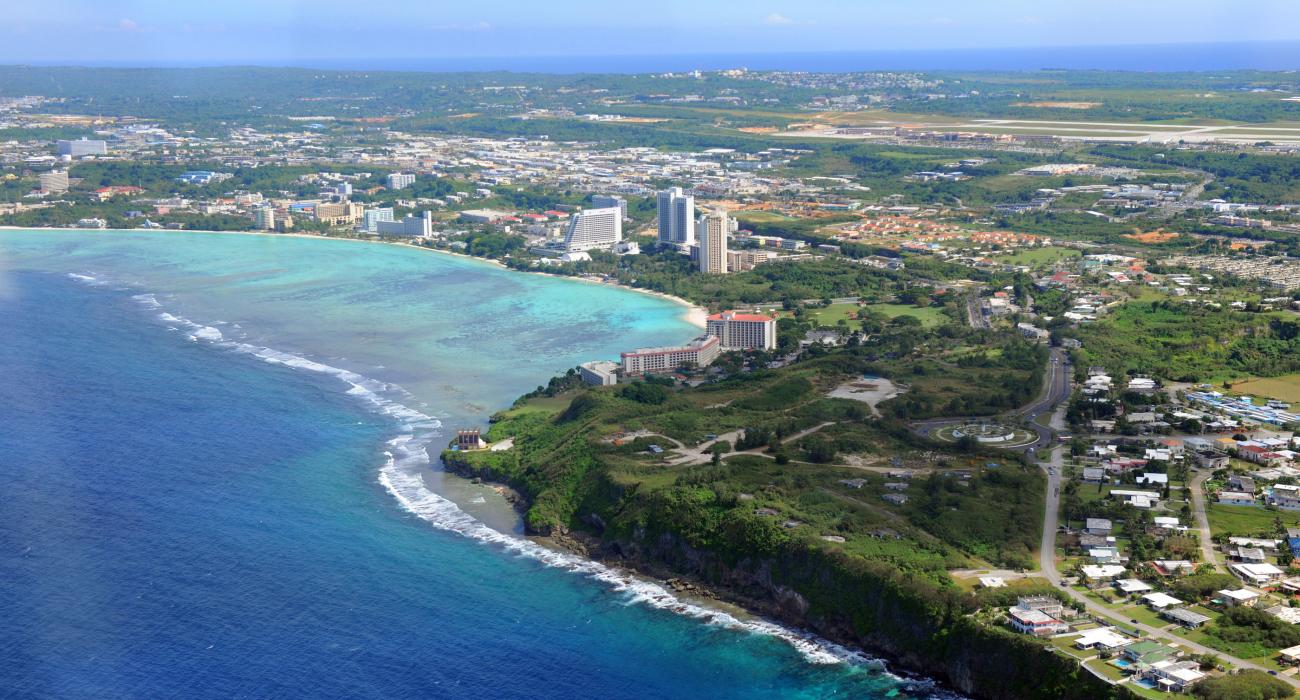 Few destination marketers would consider it good news to stare down a nuclear threat. Yet that’s exactly where tourism officials in Guam found themselves in August of 2017, soon after President Donald Trump threatened North Korea “with fire and fury like the world has never seen.” The North’s response was similarly menacing, warning of “an enveloping fire at the areas around Guam with [a] medium-to-long-range strategic ballistic rocket.”

Not exactly the sort of thing that’s likely to spark a rush of visitor arrivals.

Still, the heated exchange helped catapult Guam to the top of the list for many travelers who hadn’t previously considered a visit to the remote Pacific island. Through no action of its own, the U.S. territory was suddenly front and center in the world’s consciousness. It’s a challenge that many destinations have grappled with in recent years: Iceland, after the eruption of the Eyjafjallajökull volcano; Giglio, the Italian island where the Costa Concordia ran aground; Big Sur and the California coast, after mudslides wiped out the iconic Highway 1.Join the 250,000 travel executives that already read our daily newsletter. Sign up below. Daily Weekly Business of Loyalty Meetings Innovation Corporate Travel New Luxury Airline Innovation Travel Advisor Skift Wellness Skift Asia Weekly Skift Table Daily Skift Table Weekly SUBMIT

Fortunately for tourism operators on the island, the threats between President Trump and the North Korean leader soon cooled. But the back-and-forth did generate an enormous amount of simple awareness: Soon after the diplomatic squabble, the territory saw a major influx of South Korean travelers and plentiful press mentions in the following days, weeks, and months, said Pilar Laguaña, president and CEO of the Guam Visitors Bureau.

“With the increase of air capacity from South Korea into the island, the growth just exploded,” Laguaña said, with South Korean visitors flooding into Guam “almost immediately” after the exchange. After years of Japan being the leading source market for the island, South Korea suddenly took the top spot. The country now sends around 750,000 annual visitors to Guam, Laguaña said.

The question today, nearly two years later — and in the wake of two bilateral summits between the men who put Guam in the spotlight — is how the destination can continue to reach new visitors and burnish its reputation as a unique visitor destination in the Pacific.

A Crossroads Between Asia and the United States
For many mainland Americans, Guam is most likely thought of as a major battleground in World War II, during which the island was occupied by the Japanese. It was ultimately liberated by U.S. forces in 1944, an event now known as Liberation Day. (In 2019, Guam will celebrate the 75th anniversary of this pivotal event with numerous cultural programs, fairs, memorials, and other events across the island that began in May and that will culminate with a huge parade on July 21.)

“World War II, it’s been so long, but for us, because we had been occupied, it’s still a big thing in our history,” said Lieutenant Governor Joshua Tenorio, who took office in January as part of Governor Lou Leon Guerrero’s administration. Tenorio is looking to grow the tourism economy not just among those interested in military history but also the island’s unique culture.

“At the same time, we’re both America and Asia,” Tenorio said. “We have a lot of history for visitors to discover as well as some things that you won’t find in any of the 50 states, including Hawaii. It also has a Pacific culture, but there’s a lot to discover in our natural environment that’s unique to Guam.”

Making those unique attributes known to North American visitors is now a key focus for tourism officials in Guam. “We’re really the hub for Micronesia,” Laguaña said, referring to the sweep of Pacific islands largely situated between the Philippines and Hawaii. “The region has a vast number of hidden gems that North Americans have yet to discover.”

“Today, the region is predominantly known to scuba divers because Micronesia has some of the most sought after dive experiences in the world,” Laguaña said. “You can start off with the Republic of Palau, which is famous for its marine life, and then you have the Federated States of Micronesia, with the islands of Yap, Kosrae, Pohnpei, and Chuuk, and they are just adorned with some of the worlds best kept secrets, like the hidden gem of Nan Madol ruins, which is a lost kingdom that’s like the Venice of the Pacific.”

“We’re the gateway to all of those,” Laguaña said.

As for the island itself, “it competes with many tropical destinations because our island’s pristine beaches, natural beauty, and shopping are all world class,” said Jeffrey Schweizer, the general manager of the Fiesta Resort Guam. “But what’s always impressed me is Guam’s unique island culture, its friendliness and warmth of hospitality, and its long and varied history — all of which is reflected in the culture and the food.”

The Future of Tourism to Guam
While the island is a U.S. territory, the bulk of its visitors come from Asia, which is considerably closer geographically: Flights from Seoul to the island’s Antonio B. Won Pat International Airport take about four and a half hours. By contrast, it’s a 16-hour journey on United from Los Angeles, with a stop in Honolulu.

“With the proliferation of low cost carriers in South Korea, we have seen a dramatic increase in air seat capacity and growth out of that market,” said David Tydingco, the managing director of the Valley of the Latte Adventure Park. “We expect the U.S. market to grow, particularly with the growth of the U.S. military footprint on Guam, bringing friends and family for visits. We have seen that happen at our destination.”

Valley of the Latte, which is named not for a coffee drink but for the native stone columns, or latte, that pre-date European influence in the Pacific, is one of Guam’s biggest tourist attractions, offering adventure river cruises, standup paddle boarding, kayaking, and cultural immersion programs. “We’re a community-based tourism experience providing edutainment and adventure,” said Tydingco, who served as chair of the Guam Visitors Bureau from 2003 to 2010. “We try our best to provide an authentic Guam hospitality experience through our interaction with guests and the meals we serve.”

The challenge for Guam these days is tailoring those stories for the numerous types of travelers that are visiting the island, said Tydingco. “The marketing has changed dramatically for us,” he said. “In the past, we relied on travel agents to sell our tours. Today, we rely on social media and digital marketing as our primary sales and marketing tool.” Among the key targets for tourism operators in the coming years are meetings and events planners, LGBTQ travelers, and adventure obsessives, in addition to well-established markets of history buffs and friends-and-family visitors.

“Tourism has been one of our dominant industries for the last 40 years,” said Lt. Gov. Tenorio. Now that there’s been a surge of interest in Guam, he said, “my personal thing is trying to connect the dots and trying to get the people who are sharing and preserving our local culture to benefit directly from the increase we’re seeing in tourism.”

In that effort, Guam’s size is actually an advantage, Laguaña said. “Because we’re small, we’re able to overcome challenges quickly, whether it’s a typhoon or some other incident in Asia,” she said. They’re even prepared for diplomatic dust-ups that help put an out-of-the-way island on the front page of newspapers and websites worldwide.

“Our government and our private sector have done exceptionally well in dealing with crisis, and we have so much experience,” Laguaña said. “Our goal now is to tell the world, ‘We’re ok! Come visit!’”