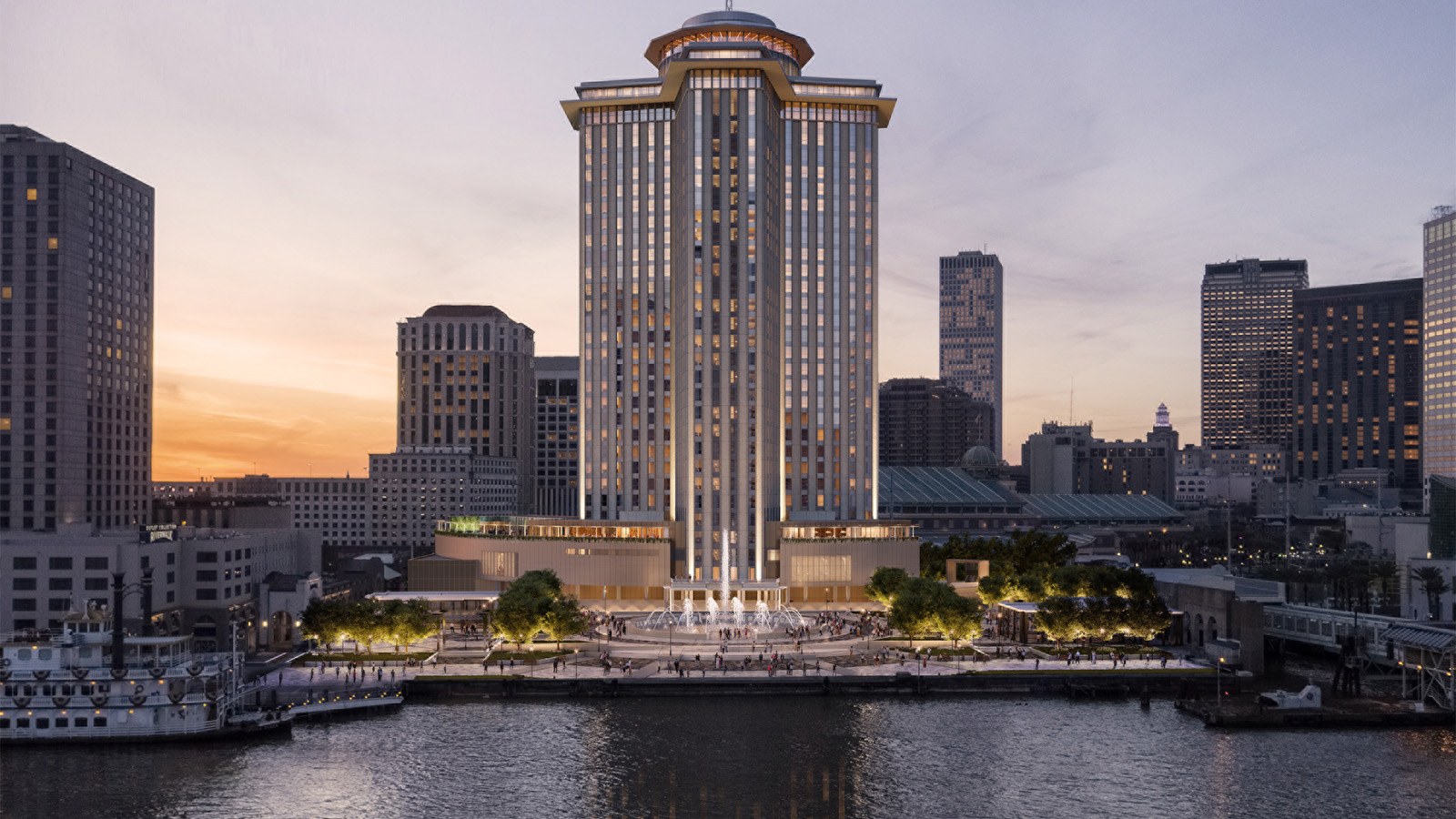 Four Seasons Hotels and Resorts, together with developers Carpenter & Company Inc. and Woodward Interests, LLC, experts in residential, hospitality, and mixed-use real estate development, will open a luxury hotel and Private Residences in downtown New Orleans in late 2020. The property is owned by Two Canal Owner LLC, in which both developers are partners.

The first Four Seasons in New Orleans, the property will debut in the heart of the city as Four Seasons Hotel and Private Residences New Orleans. Within the World Trade Center, the new Four Seasons will be located next to the Ernest N. Morial Convention Center, financial center, French Quarter, and Warehouse District, with clear views of both the city and the Mississippi River.

New Orleans is one of the top travel destinations in the United States and is highly regarded as one of the most unique cities in the world. The city is an epicenter of history, culture, and activity, with extensive culinary and nightlife offerings, jazz music at every turn, and striking architecture with French and Spanish influences. New Orleans also attracts more than one million attendees each year to the annual Mardi Gras festival that takes place for several weeks in February and March.

“New Orleans has been a priority market for us for many years and we have been waiting for the right opportunity to make our debut in this dynamic city,” says John Davison, President and CEO, Four Seasons Hotels and Resorts. “We are in a strong position to enter the market with our exceptional partners at Carpenter & Company, in the best location in the city, and by offering an unmatched level of service that only Four Seasons can deliver. The new Hotel and Private Residences will be a truly standout property in the city, and in our global portfolio.”

“We are incredibly excited for the upcoming opening of our new project in New Orleans, one that will see the transformation of the historic World Trade Center into the best lifestyle experience in the city,” says Richard L. Friedman, President and CEO, Carpenter & Company Inc. “Having worked with Four Seasons for many years, most recently on our new project in Boston at One Dalton Street, I am confident that they are the right partners to help create a superior luxury lifestyle experience, and deliver the highest levels of quality and service to both visitors and residents.”

Following extensive renovations, the World Trade Center will be refreshed with a new podium and public spaces, as well as the 341-room Hotel and 92 Private Residences on the top floors of the building. The Hotel will also encompass meeting and event spaces, four food and drink outlets, retail spaces, spa facilities, and a rooftop pool. Both public and private spaces will be filled with natural light with most featuring views of the adjacent Mississippi River.

The new hotel will be led by General Manager Mali Carow, a Four Seasons veteran of almost 20 years. Mali began her Four Seasons career in Chicago, rising through the company’s Food and Beverage teams in Washington DC, San Diego, the Maldives and Amman, until moving to Four Seasons Hotel London at Park Lane in her most recent position as Hotel Manager. Mali will lead a team of dedicated Four Seasons employees as they introduce the brand’s legendary service and culture to New Orleans.

Carpenter & Company is a highly-respected and experienced firm involved in real estate development, ownership and management.  Carpenter was incorporated in 1973 by its owner, Richard L. Friedman, and since that time has devoted most of its resources to the development of hotels, mixed-use projects and retail properties.  Carpenter is also the developer of Four Seasons Hotel and Residences at One Dalton in Boston.