Ban On Russian Flights From US Airspace 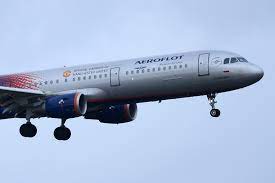 03 Mar Ban On Russian Flights From US Airspace

The United States government has announced a ban on Russian flights from American airspace.

The move follows a similar decision from the European Union, UK and Canada after the invasion of neighboring Ukraine.

“I am announcing that we will join our allies in closing off American airspace to all Russian flights, further isolating Russia and adding an additional squeeze on their economy,” Joe Biden said earlier in his State of the Union address.

The United States Federal Aviation Administration (FAA) orders will take effect by the end of the day Wednesday.

They will cover the operation of all aircraft owned, certified, operated, registered, chartered, leased, or controlled by, for, or for the benefit of, a person who is a Russian citizen.

This includes passenger and cargo flights, and scheduled as well as charter flights “effectively closing united states air space to all Russian commercial air carriers and other Russian civil aircraft,” the US transportation Department said.

Late on Tuesday, United Airlines said it had temporarily suspended flying over Russian airspace, joining other major United States-based carriers who have taken the step after Russian troops poured into Ukraine.

United had been continuing to fly over Russian airspace to operate some flights to and from India in recent days.

Delta Air Lines, American Airlines and United Parcel Service all confirmed this week they had halted flights over Russia.